A film I only heard about very recently, ‘Serenity’ is a sci-fi/mystery written and directed by Steven Knight. Although I thought the film looked interesting initially, it has received a lot of bad reviews since it’s release from both critics and audiences alike, so I decided I’d give it a watch and decide for myself.

Plot Summary: A fishing boat captain (Baker Dill) juggles facing his mysterious past whilst finding himself ensnared in a reality where nothing is what it seems.

The story and setting of the film definitely feel very fresh for this genre, mostly due to the film seeming like more of a straight drama at first before changing drastically later down the line. ‘Serenity’ also delivers its narrative in a very unusual fashion, editing between scenes at a very quick pace. Keeping the story always in constant motion and placing small seeds which lead into bigger reveals later into the runtime. Some of which only get small appearances for viewers paying close attention. Sadly for viewers paying close attention, the CGI on display here isn’t the most impressive.

Matthew McConaughey, Anne Hathaway and Jason Clarke all give decent performances here, at points however they do feel a little ‘off’. Whilst I’m sure this is intentional, as it fits with the film’s atmosphere, it can sometimes be distracting from the story itself. Jason Clarke’s performance as: ‘Frank Zariakas’ I really enjoyed in particular, as here he plays a completely different character to how we are used to seeing him.

The cinematography by Jess Hall is most certainly one of the highlights of the film for me, resulting in many beautiful and interesting shots. The film also uses the panoramic pivot point camera movement technique (spinning the camera around the actor) for many shots, similar to how the ‘Saw’ franchise does. Personally, though I’m not a huge fan of this technique as it makes the film feel a little cheap. The cinematography also helps with many of the more emotional or tension-filled moments throughout the narrative of the film.

The original score by Benjamin Wallfisch really lends itself to the strange atmosphere of the film for the most part, aside from when the tension rises in a few scenes, as then I felt the soundtrack begin to feel a little generic and action-heavy. However, when you consider the twist at the end of the film, I feel the score could’ve taken some ideas from it into account, which would’ve perhaps made it a little more memorable.

When it comes to the editing, it can definitely vary. Although in some scenes the editing can be a little messy or overly quick, for the most part, the editing is decent and the transitions between scenes are very effective. Even with the quick editing however, the runtime is still overly long and could easily be cut down to at least an hour and a half. In addition to this, when the editing is combined with some of the unintentionally funny writing it can lead some oddly comedic moments.

Overall, ‘Serenity’ is a very different kind of film, it begins as almost a character drama before completely spiralling into its science fiction mystery elements. I can see that if you weren’t prepared for the change in direction, it may come off as very sudden and out-of-place. Soon becoming a film not intended for everyone, but with some great cinematography and some occasional impressive editing alongside the incredibly strange atmosphere. I personally found some entertainment value in this film. A 4/10 for ‘Serenity’, maybe give it a watch if your film taste stretches to more weird territory now and then. 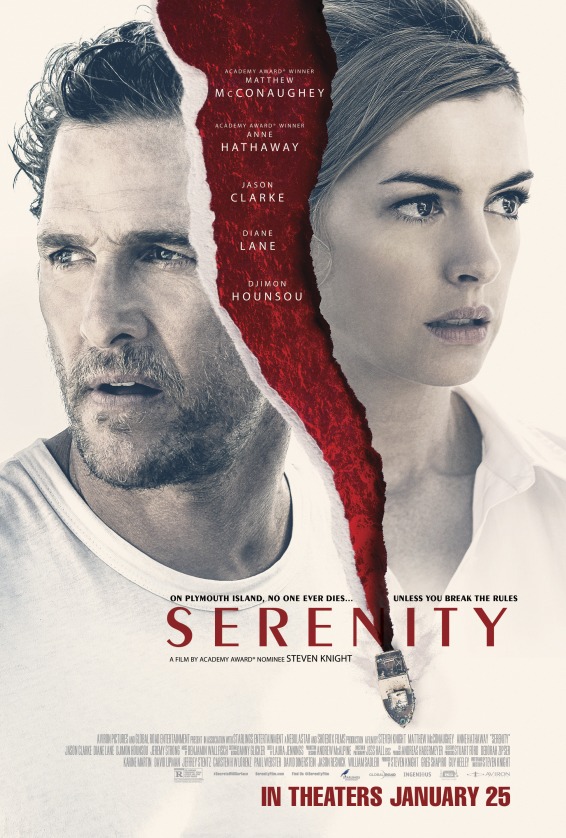