Being one of the most iconic and beloved superheroes of all-time, it was inventible that ‘Superman’ would come to life on the silver screen once again. This time from director Zach Synder (300, Watchmen, Sucker Punch), a director I’m not particularly fond of due to his weak focus on storytelling and over-reliance on action and attractive visuals. And unfortunately, ‘Man of Steel’ is no exception to this.

Plot Summary: ‘Clark Kent,’ an alien who as a child was evacuated from his dying world of: ‘Krypton’ and soon arrived on Earth, where he began living as a normal human under his newly found parents. But when survivors of his alien home-world invade the planet, he must reveal himself to the world.

The main issue that I have with this film is that the filmmakers seem to not understand the character of: ‘Superman’ very well, as the entire film is extremely bleak, dull and even somewhat dark. In addition to this, ‘Superman’ himself actually does very little heroic acts throughout the film’s runtime. Almost the complete opposite of the original: ‘Superman’ from 1978. This is even seen in the colour palette, as the film mostly uses a dark blue and grey colour palette. But when your superhero protagonist is supposed to be a symbol of hope and heroism, this is definitely not the way to go.

Henry Cavill, Amy Adams and Russel Crowe all give decent performances throughout the film, but sadly they never really elevate to anything above acceptable. Henry Cavill is likeable enough as the protagonist but I always found Michael Shannon‘s villainous incarnation of: ‘Zod’ far more interesting. As he does a great job giving his character a motivation despite how sinister it may seem, as well as making him extremely menacing, very similar to his character in ‘The Shape of Water’ in many ways.

Amir Mokri‘s cinematography throughout the film is mostly very generic cinematography for a blockbuster action film, having far too much hand-held camera at points as well as shaking around constantly and utilising many quick cuts during the action scenes, making them even more difficult to follow. The film also uses many artificial zooms when ‘Superman’ is soaring through the sky, which I personally think looks terrible.

The original score by Hanz Zimmer is easily my personal favourite element of the film, while being nothing new for this composer. Zimmer really brings his ‘A’ game here, and creates an exciting and uplifting score which sometimes really makes-up for the lack of heroism and use of bright colours in the film. I would say this soundtrack is up there as one of my favourite scores by Hanz Zimmer for sure, even playing over my favourite scene in the film when ‘Clark Kent’ learns to fly as ‘Superman’ for the first time.

However, many of the film’s action scenes don’t help the film, as the action within the film ranges from extremely entertaining, as the superpowered characters battle brutally for the fate of the planet. To sometimes being incredibly overwhelming, with constant explosions going off and CG buildings being destroyed left and right. Many of these action scenes don’t even feel very real due to the enormous barrage of CG effects we get within them, or as ‘real’ as they can be anyway.

To conclude, ‘Man of Steel’ is a mess of a superhero film, as it almost feels like a ‘Batman’ sequel more than a ‘Superman’ film for most of its runtime. Relying very heavily on a dark colour palette and a bleak more ‘realistic’ feel. Alongside the generic cinematography and bland acting. The original score, a few actions set-pieces and the occasional attractive visual is really all the film has to offer to superhero fans. Hopefully, this iconic superhero will have his chance to grace the skies with another outstanding instalment soon, as for: ‘Man of Steel?’ It’s a disappointing superhero flick. Final Rating: low 4/10. 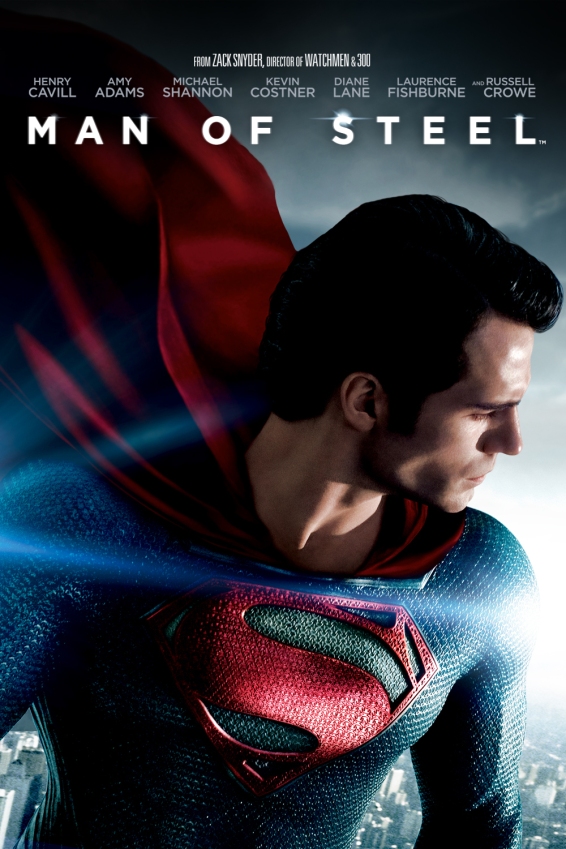