From producer Edgar Wright and director Joe Cornish (The Kid Who Would Be King) comes a violent, thrilling and exciting sci-fi spectacle. Despite a smaller budget, the film manages to create an incredibly entertaining film with a variety of brilliant effects. All equalling to a super enjoyable British thrill-ride.

Plot Summary: After an unlucky women is mugged by a tough teenage gang in South London, they reluctantly agree to work together to defend their block of flats when an invasion of savage alien creatures fall from the sky in large meteorites…

After I first heard about this film’s plot, it’s fair to say I went into my initial viewing with intrigued yet cautious, as I genuinely didn’t know what to expect. After watching, I was very surprised that the film was more than just a simple science fiction thriller, as the film is not only very tense during some scenes, but also funny, and even somewhat thought-provoking at points. Having themes of racism, crime and abandonment. Most of the action in the film is also very well-executed, not being overly edited, or shot with too much hand-held camera (unlike many action films or thrillers today). The film also manages to keep a really fast pace throughout, only ever having small breaks in between action scenes to develop the characters and give the audience a quick breather.

The main gang of teenagers are portrayed by John Boyega, Alex Esmail, Franz Drameh, Leeon Jones and Simon Howard. Who I think all do a great job acting like a rebellious group of London teens, having many comedic moments playing London ‘chavs,’ without taking their portrayals a little too far. Jodie Whittaker also appears in the film as a young woman who gets mugged by the group, and while she is less interesting as a character, I still felt she really helped to give the audience more of a perspective throughout the story. Even Nick Frost gets a small appearance as ‘Ron,’ a drug supplier who has many hilarious moments.

On a rewatch, I also noticed the cinematography by Thomas Townend is surprisingly well-done, while I wasn’t expecting to be terrible by any means. It isn’t nearly as bland as I remembered it being, utilising many different shots in both the action and non-action scenes. The cinematography also benefits many of the various effects in the film, both practical and CG. The film’s effects still hold-up today and work very well within the narrative, even many of the gore effects for various character’s death scenes are still impressive, and remain shocking to me even now.

The original score by Steven Price is another element of the film I really enjoy, combining a decent sci-fi soundtrack alongside an almost hip-hop like beat works really well with the idea of the inner London city clashing with outer-space. I personally believe this to be one of his most underrated scores right to next his original scores for both ‘Fury’ and ‘Gravity.’

Personally, I think the only really weak element of the film aside from a few slightly cheesy scenes here and there, is the film’s sound design. As although I really like the various noises of the alien creatures themselves (as I believe it goes along with their amazing designs extremely well) there are a variety of other sounds I simply don’t feel fit with their placement in the film. Whether that’s because they feel out-of-place or simply come across as a little cringey at points.

To conclude, ‘Attack the Block’ is simply awesome, it remains a very exciting film from start-to-finish. Knowing exactly what it is whilst not afraid to push itself ever so slightly further to elevate above other films within its genre. While I don’t think the film is perfect by any means, and I don’t believe the sound design could be improved. ‘Attack the Block’ is still a solid sci-fi thriller, and definitely one to watch if you’re interested. Final Rating: high 8/10. 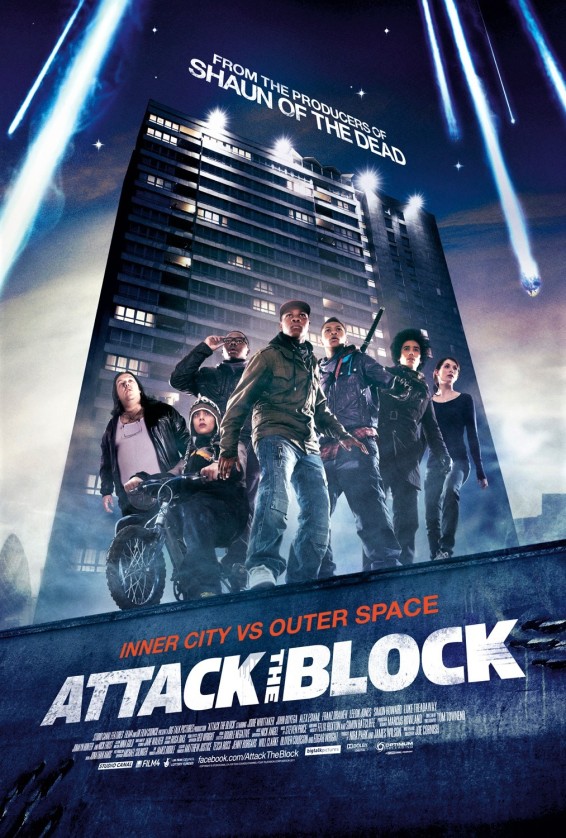