Finally, after many years of waiting, horror and literature fans alike got their wishes granted in mid 2015 as director Andy Muschietti (Mama, It: Chapter Two) signed on to direct a reboot (or readaptation) of one of Steven King’s most iconic and beloved horror stories, this, of course, being: ‘It.’ And due to its excellent cinematography by Chung-hoon Chung and incredibly memorable performance from Bill Skarsgård as the demonic clown ‘Pennywise,’ ‘It’ is certainly one of the better Steven King adaptations in recent years, even with the array issues the film still suffers from.

Plot Summary: In the summer of 1989, a group of unpopular kids known as ‘The Losers’ Club,’ band together in order to destroy a shapeshifting monster known only as ‘Pennywise,’ a creature which has been terrorising their home town of: ‘Derry’ for decades and can disguise itself as whatever it’s victim fears most…

Following the film’s incredibly successful release in 2017, ‘Pennywise’ has quickly become a modern horror icon despite only having about four minutes of dialogue in the entire film. But its easy to see why this is, as not only does ‘It’ share the familiar fun tone of classic films of the 1980s such as: ‘The Goonies,’ ‘The Gate’ and ‘The Monster Squad,’ yet ‘It’ also manages to adapt the novel’s antagonist: ‘Pennywise’ fairly closely from the original source material, resulting in a mostly entertaining novel-to-screen transition.

The main cast of: ‘The Losers’ Club’ features Jaeden Martell, Sophia Lillis, Finn Wolfhard, Jeremy Ray Taylor, Jack Dylan Grazer, Chosen Jacobs and Wyatt Oleff who all share pretty great chemistry with each other, as alongside the film’s terrific writing, the children truly feel like an actual group of kids, with the group constantly cursing and sharing in plenty of quippy banter with each other. In addition to the younger cast, ‘Pennywise’ is this time around portrayed by Bill Skarsgård, and while I have always loved Tim Curry’s cheesy yet menacing portrayal of the iconic clown. Bill Skarsgård is a stand-out aspect of the film for sure. Capturing the eerie qualities of the character as well as his unworldly nature perfectly, truly embracing the idea that ‘Pennywise’ isn’t just a psychotic murderer dressed as a clown, but something far stranger…

The cinematography by Chung-hoon Chung is surprisingly brilliant for a modern horror, featuring a number of attractive shots which blend extremely well with the film’s story. The film does have one recurring shot which is quite irritating, however, as during many of the scenes where ‘Pennywise’ appears to his victims, the film utilises a shot in which the sinister clown approaches the camera straight on, sprinting directly towards the screen, and while I understand what the filmmakers were trying to accomplish with this shot, I feel it only comes off as fatuous and appears extremely out-of-place when compared to the rest of the film’s visually enthralling camerawork.

Admirable yet flawed, the original score by Benjamin Wallfisch ranges from being your typical horror soundtrack to eventually becoming more emotional for the more character-focused scenes. The main issue I take with the original score are some of the tracks which feature deep bass-like sounds, as I feel these tracks really don’t fit with the film’s tone or time-period. Regardless, the tracks: ‘Paper Boat’ and ‘Derry’ do serve the film’s story delightfully well, with one of the film’s final tracks: ‘Blood Oath,’ also being a beautiful send-off for these characters before their inevitable return.

From ‘Pennywise’s uncanny appearance to the abandoned house ‘It’ lives within on ‘Neibolt Street,’ many of the film’s designs are also pretty memorable despite their limited screen-time. These fantastic designs are dragged down by the film’s poor CG effects, however, as the film always seems to resort to CG visuals during many of its more tense moments, which can take away from their impact. This is also where ‘It’s most substantial problem comes into play, as ‘It’ has really split audiences down the middle when it comes to its focus on horror, as while the film does have a few eerie scenes and creepy visuals, this adaptation seems to be more focused on being the coming-of-age story the novel mostly is. Although some viewers may be disappointed by this, desiring a narrative based more around the story’s darker elements, I feel the film’s distracting CG effects and constant barrage of jump-scares are made-up for by its interesting delve into its themes of childhood fears and growing-up.

In my opinion, 2017’s ‘It’ is a solid Steven King adaptation, as while certainly let down by its weak CG visuals, over-reliance on jump-scares and occasionally inconsistent tone, the film still is a pretty enjoyable watch throughout its two hour runtime, mostly due to the film’s great performances and general memorability, and with ‘It: Chapter Two’ turning-out to be an underwhelming experience for most. I’d say it further proves that this film is the direction to go when it comes to adapting King’s work. Final Rating: 7/10. 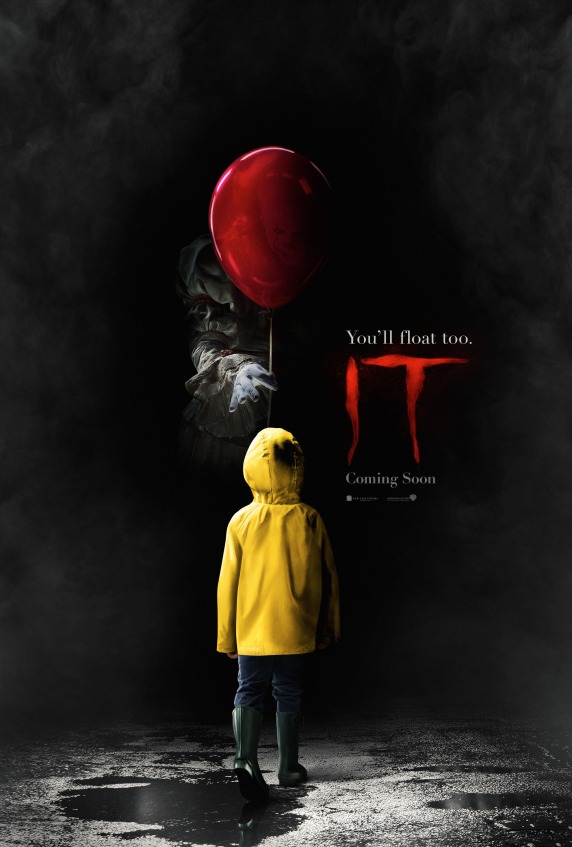