In spite of its short runtime and novice director, ‘Chronicle’ is both a unique and refreshing take on the found-footage sub-genre. Diverting from the usual teen horror stories that have completely overtaken the found-footage style for a more sci-fi-esque narrative, which overcomes its gimmicky camerawork and occasionally dated CG effects through riveting moments of action, fast-paced direction and charismatic performances from its young cast.

Plot Summary: After three high-school friends venture into a mysterious hole which travels deep beneath the Earth, they reemerge with incredible telekinetic abilities, with introvert: ‘Andrew’ becoming the most powerful of the three. But as ‘Andrew’ struggles to cope with his mother’s terminal illness and his father’s alcoholic abuse towards him, his friends ‘Matt’ and ‘Steve’ soon realise ‘Andrew’s abilities are beginning to consume him…

Directed by the infamous Josh Trank (Fantastic Four, Calpone) and written by Max Landis, best known for his work on Netflix’s ‘Bright’ and ‘Dirk Gently’s Holistic Detective Agency.’ ‘Chronicle’ takes a lot of inspiration from modern superhero blockbusters, which in a way is ironic, as cast members Dane DeHaan and Michael B. Jordan would later go on to star in big-budget superhero films, with DeHaan portraying ‘Harry Osborn/The Green Goblin’ in ‘The Amazing Spider-Man 2’ and Jordan going on to portray ‘Johnny Storm’ in the ‘Fantastic Four’ remake as well as the threatening antagonist: ‘Killmonger’ in 2018’s ‘Black Panther.’ So, for DeHann and Jordan, ‘Chronicle’ essentially served as the jumping-off point for their future careers.

Before filming actually began on ‘Chronicle,’ director Josh Trank had actors Dane DeHaan, Alex Russell and Michael B. Jordan live in a house together for fifteen days, and its due to this (in addition to Landis’ teenage-accurate writing) that you do feel a genuine bond between the three. As the group of friends act like real teenagers, reckless and immature yet not totally unlikeable, which was an important area to succeed in as a large majority of the story early on leans on their antics as they share banter and test how far their abilities can truly go. However, even with all three characters having quite diverse personalities, it’s ‘Andrew’ who really steals the film as a character. As his descent into hysteria serves as a compelling character-arc within the story, and is well-executed aside from one or two lines nearing the end of the runtime, which are reminiscent of a cheesy supervillain quote from an early 2000s blockbuster.

While the film’s cinematography by Matthew Jensen does begin as your standard affair for a found-footage flick, when it comes to the film’s final act it can be quite difficult to tell where (or what) the camera is actually supposed to be. As its during the final act the characters fully embrace their abilities, allowing them to fly, tear through buildings, make objects float with ease and even throw vehicles, with many of their impowered actions being seen through various CCTV footage or onlooker’s floating phones and tablets, resulting in a fairly chaotic conclusion in spite of its creativity.

Also as a result of its found-footage style, ‘Chronicle’ lacks an original score, yet the film still features many songs through sources within the world of the film itself like radios and phones. And while the film does have a more realistic feel because of this, the film’s constant over-reliance on glitchy edits/transitions have the complete opposite effect, as the overuse of glitches soon becomes just as irritating as it is distracting considering ‘Andrew’ is often filming through a contemporary camera.

Sadly, in the years since it’s release, much of the CGI throughout ‘Chronicle’ hasn’t aged well, as while some of the CG effects still hold-up, there is such a huge number of effects seen within the film that it would’ve been difficult for all of them to remain unblemished. These dated CG visuals might also relate to the film’s budget of £8.9 million, which may seem like a large amount, but is actually quite thin when taking into account what is required of it. The film’s budget also played a part in where it was filmed, as ‘Chronicle’ was primarily shot in Cape Town, South Africa, with American designed vehicles needing to be shipped over for the production, even though the story takes place in Seattle.

To conclude, whilst the film has its issues like many other found-footage flicks, ‘Chronicle’ is certainly an under-appreciated entry in the subgenre, excelling in many different ways. And since the film’s initial release, there have been plenty of rumours regarding a sequel, with Max Landis constantly being attached and then unattached as its writer. But I think it’s pretty evident now that we’ll probably never see a sequel to this underrated science fiction story, which I believe is a good thing, as although the film does have some concepts which could be further explored, I feel the story of: ‘Andrew’s psychotic downfall will always be the main focus of: ‘Chronicle,’ and without his character, it would seem incomplete. Final Rating: 7/10. 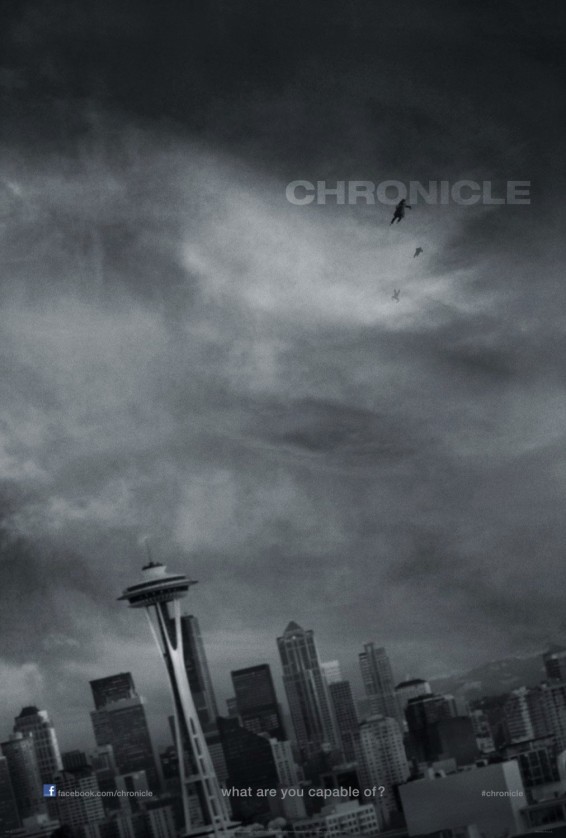