One of the most insane action blockbusters and best soft-reboots I’ve seen in a cinema for quite some-time, as ‘Mad Max: Fury Road’ delivers on nearly every aspect of what you would want from both an action film, and a ‘Mad Max’ sequel. As the great cast of Tom Hardy and Charlize Theron, alongside talented writer-director George Miller (Mad Max, Mad Max 2: The Road Warrior, Happy Feet), bring us an absolute visual feast which is sure to please any viewer in search of a unique and exciting thrill-ride.

Plot Summary: Set in a post-apocalyptic wasteland, a woman (Furiosa) rebels against a tyrannical ruler in search of her original homeland with the aid of a group of female prisoners, a psychotic worshiper, and a rogue drifter named: ‘Max.’

From five minutes into the runtime to five minutes after the credits have rolled, ‘Mad Max: Fury Road’ is truly a thrilling experience. Utilising incredible stunts, plenty of action scenes and attractive locations/sets throughout the story, the film always manages to feel gritty and real (despite having an incredibly over-the-top tone). Surprisingly, ‘Mad Max: Fury Road’ was even confirmed to be a sequel to the original: ‘Mad Max’ trilogy, meaning the film actually continues the story (in a way) from ‘Mad Max: Beyond Thunderdome,’ and although I’m not a huge fan of the original films, this does make me excited for the future of this franchise if we can expect this kind of quality.

The whole cast of Tom Hardy, Charlize Theron, Nicholas Hoult, Rosie Alice Huntington-Whiteley and Hugh Keays-Byrne are all excellent within their roles, with Nicholas Hoult as ‘Hux’ and Hugh Keays-Byrne as the intimidating antagonist: ‘Immortan Joe’ being my two personal favourites. As all of the characters are fairly likeable and somewhat interesting despite not being given much characterisation throughout the narrative.

The cinematography by Jon Seale really helps elevate many of the scenes throughout the film however, as the film makes brilliant use of a variety of wide-shots, all which look absolutely fantastic. Miller also really pushes the film’s varied and overly-bright colour palette, giving each the desert a bright orange and blue look to make it more visually-appealing, which later contrasts with the dark blue of the swamplands or the harsh red and orange when the characters are inside the vicious sandstorm.

‘Junkie XL’ (or Thomas Holkenborg) lends his hand to the original score for the film, utilising amazing guitar rifts to sound as if the soundtrack had been ripped straight from a classic rock album. Backing-up many of the fast-paced action scenes perfectly, which was surprising as this composer’s other scores are usually very forgettable. The original score is even given reference within the film, as we later see the character: ‘Coma-Doof Warrior’ who plays an electric guitar.

The easiest criticism one can make when it comes to ‘Mad Max: Fury Road’ is pointing-out its lack of story and developed characters, and although it is true the film definitely does have a fairly simplistic narrative and relativity weak character moments. I’d argue this works to the film’s benefit, as the film does have plenty of great world-building, and fills the majority of it’s runtime with exactly what it’s audience desires to see, which is obviously the main goal of the film. As the film never pretends to be something that it isn’t. Another element of the film I don’t personally like is the editing, as although I understand the need to have quick editing to keep-up with the film’s fast-pacing and action. Most of the editing throughout the film feels very chaotic and even slightly messy at points, coming-off as a distraction from what’s on-screen more than anything else.

Overall, I truly adore ‘Mad Max: Fury Road,’ as although it may not be a masterpiece when it comes to filmmaking. It’s definitely up there with some of the best action flicks of this decade. As some unbelievable action scenes and stunts, a brilliant cast, and some outstanding cinematography, leave ‘Mad Max: Fury Road’ a breath of fresh air for the action genre despite the film’s pretty basic story and bizarre editing choices. Now all we have to do is just wait until George Miller brings-us another exciting instalment in this franchise. Final Rating: 8/10. 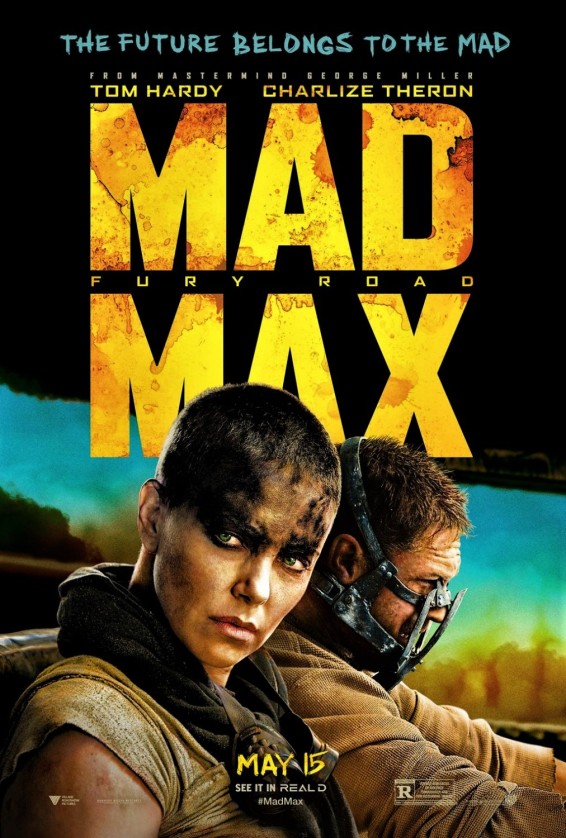