Extremely meta, violent and hilarious from start-to-finish, ‘Deadpool’s first on-screen appearance is exactly what hardcore fans of the character would want from their favourite potty-mouthed anti-hero. Despite being made on a lower-budget than the most superhero blockbusters, ‘Deadpool’ still manages to avoid the variety of issues that may come from this by having a ‘different’ kind of appeal for superhero fans.

Plot Summary: After the wisecracking ex-mercenary known as: ‘Wade Wilson,’ volunteers for an experiment to save his life from cancer, only to awaken superpowered and immortal… but also very ugly, ‘Wade’ begins to track-down the man who ruined his good-looks, and execute his revenge…

Despite the narrative being very simplistic, the story is actually surprisingly engaging. Giving the audience plenty of exciting action scenes, whilst still delivering on a decent romantic subplot between ‘Deadpool’ and his girlfriend: ‘Venessa,’ even managing to give the anti-hero a decent character-arc by the end of the runtime.

Morena Baccarin, Ed Skrein, T.J. Miller and Stefan Kapicic are all decent in their respective roles, with Ryan Reynolds, who portrays the protagonist: ‘Deadpool’ extremely well, also having a hand in the production process, being a producer on the film as well as having a large impact on the script, and I definitely feel he is a big reason as to why the film works as well as it does. As it’s clear that Reynolds works very well with director Tim Miller, who I personally know for his work on Netflix’s sci-fi/horror/action anthology series: ‘Love, Death + Robots.’

The cinematography by Ken Seng is nothing spectacular, but it does have it’s moments. In a similar way to the editing, the cinematography can even be used for a little gag at various points within the film. The original score by ‘Junkie XL’ or Thomas Holkenborg, best known for his work on ‘Mad Max: Fury Road’ and ‘Batman vs. Superman: Dawn of Justice,’ really helps back up the exciting over-the-top tone of the film, combing a rock-like soundtrack with small almost dubstep elements, which works perfectly for many of the action scenes throughout the film.

The film also delivers on plenty of the meta jokes fans would expect from this character, having many references to Ryan Reynolds past career choices, other characters from the Marvel universe, and even past iterations of: ‘Deadpool’ himself which I really enjoyed. Unfortunately, due to the film’s smaller budget, the film can have some distractingly rough visuals. Having many action scenes with tons of CGI, along with plenty of explosions and gore effects. I found myself sometimes be taken out of the film through the overuse of these visual effects. However, on a more positive note, having a smaller budget than most superhero flicks is also often used for short gag by ‘Deadpool’ himself.

Of course, with a character as loud and over-the-top as ‘Deadpool,’ it’s always possible that not everyone would find the character so likeable and funny. As sometimes the constant bombardment of humour can be overwhelming, and in large doses, I could definitely see ‘Deadpool’ becoming very irritating for some. This is really one of the only complaints I have with the film however, and after watching this film’s sequel: ‘Deadpool 2.’ It’s fair to say I found myself missing the original, mostly for its originality and structure.

In conclusion, ‘Deadpool’ delivers on what everyone would expect to see from a film like this. It’s not perfect of course, but the film does always manage to be funny, gory and exciting throughout. Not landing every joke of course, but making the audience burst into tears with every joke that it does. Overall, a great comedy/comic book flick, and I really hope films such as: ‘Deadpool,’ ‘Logan’ and ‘The New Mutants’ (should it ever be released) continue to green-lit in upcoming years, as with how oversaturated the superhero genre is today, it could really do with some more variety now and then. Final Rating: 8/10. 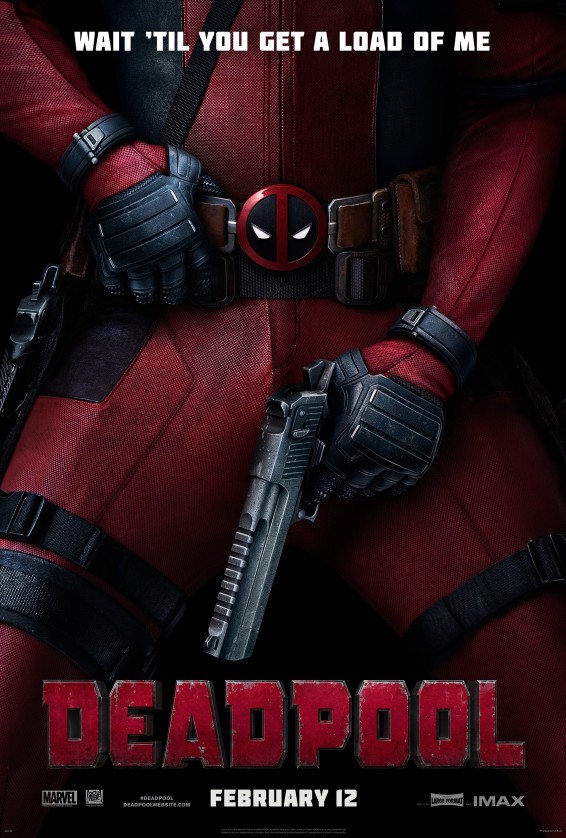