Serving as a sequel to the 2014 American ‘Godzilla’ remake, as well as standing as another chapter in this new franchise of monster films by Legendary Pictures. ‘Godzilla: King of the Monsters’ delivers more on of the exciting monster action and amazing visuals that the first film somewhat lacked. However, the film does cut down on many other aspects to make this possible.

When the world is threatened with extinction, the crypto-zoological agency: ‘Monarch’ is forced to face-off against a roster of god-sized monsters, including the mighty: ‘Godzilla’, who soon collides with the fearsome: ‘Mothra’, ‘Rodan’, and his ultimate nemesis, the three-headed: ‘King Ghidorah’.

As the runtime goes on, the narrative does go a little deeper, but I personally felt the plot gets a little absurd as it continues, becoming almost too layered at points for a simple monster flick. Of course, it can probably go without saying however, that every action scene featuring the creatures is phenomenal. As each monster is always given its own unique way to combat the others, and the film always finds time to give each creature at least one or two memorable scenes. The film also features a lot more action than the previous ‘Godzilla’ film, due to the film’s very quick-pacing and as it jumps from location to location constantly, always trying to increase the spectacle with each cut.

The three main members of the cast, that being Kyle M. Chandler, Vera Farmiga and Millie Bobby Brown. All portray a broken family, forced apart by various responsibilities as well as the loss of one of their children in the past, and while their performances are decent throughout the film. I was disappointed by the lack of any further development for their characters, as I found the set-up for their story very interesting and wish the film went more in-depth with this idea rather than indulging in one more fight scene, this same issue unfortunately also applies to Charles Dance’s antagonist: ‘Alan Jonah’ within the story.

The cinematography by Lawrence Sher is decent overall, as while there are many beautiful and simply awesome shots with the monsters themselves, many of the shots with human characters are rather bland. As there is definitely an over-reliance on hand-held shots every-time ‘Godzilla’ (or one of his counterparts) isn’t on-screen, despite the film’s colour palette actually being very ranged and pretty visually appealing. The original score by Bear McCreary is very different however, as the composer crafts a score which captures the enormous scale of the monsters and their chaotic nature very well, with the soundtrack even going to the extent of giving each one of the creatures their own unique and intimidating theme.

The film’s best aspect in my opinion is definitely the creature designs, as each one is always very creatively designed, and is given many unique features to fit with its abilities and make it stand-out from the remainder of the monsters. Of course, the CGI and visual effects throughout the film also add to this, as although the film can sometimes be bombarded with far too many elements on-screen at once (becoming a little overwhelming at points). Despite this, everything visual effects we see is usually incredibly well detailed and doesn’t feel at all out-of-place.

One element I felt didn’t reach the level of the first film from 2014 was how the film captured the true scale of the creatures, as while director Michael Dougherty (Trick ‘r Treat, Krampus) clearly puts his all into pleasing fans and creating a fun experience, even having the classic theme for: ‘Godzilla’ make a welcomed return. The film simply doesn’t capture the same feeling of being within the real world as these massive creatures roam quite like the first film did.

Overall, ‘Godzilla: King of the Monsters’ is the definition of a mixed-bag for me, even with its explosive monster fights, some amazing visuals and a great original score. It’s over-the-top story displayed through it’s extremely fast-pacing and weak characterisation simply can’t be ignored. Leaving the film, most likely a 5/10 overall. Even with some serious flaws, the film does have some aspects of enjoyment to be had, check this one out if you’re a big fan of the iconic monster. 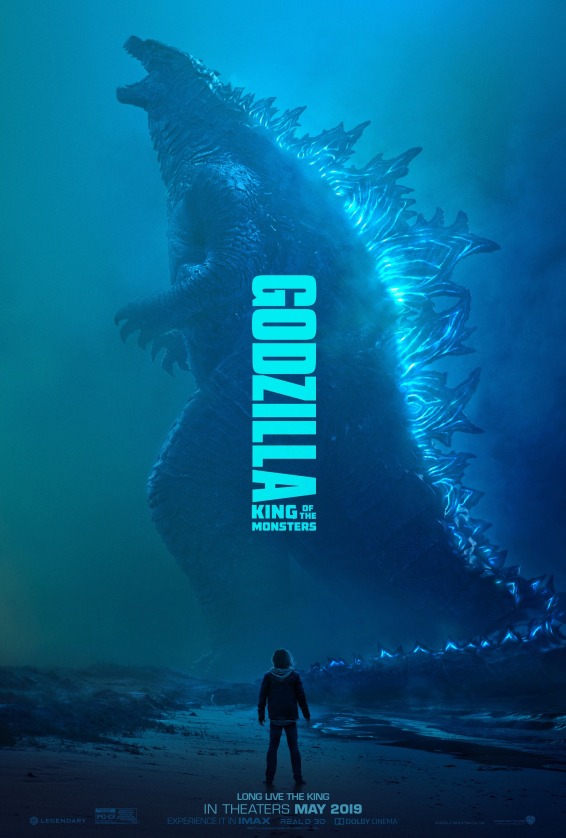