Confusingly titled: ‘Halloween’ despite not being a remake, this direct sequel to John Carpenter’s 1978 classic ignores all the other entries in the franchise in favour of telling a completely new story set forty years later, with Jamie Lee Curtis even returning to her iconic character of: ‘Laurie Strode,’ now much older and much wiser. Yet while definitely a decent attempt at continuing the ‘Halloween’ series, the film is still far from perfect.

Plot Summary: ‘Laurie Strode’ confronts her long-time foe: ‘Michael Myers’ once again, as the masked figure who has haunted her since she narrowly escaped his killing spree on Halloween night four decades ago, now begins a new massacre after his recent prison escape…

Although the film’s narrative does have some interesting ideas, the film always felt a little too familiar to me, as I usually found myself correctly predicting what was around the next corner, leaving little to be surprised by. Under the direction of David Gordon Green, best known for his drama: ‘Stronger’ from 2017. The film does pay plenty of respect to the original film, as can always tell whilst watching that Green does have a passion for this horror franchise (as he clearly understands what made the original work so well). I still feel a better director could’ve been chosen. As at points, the story does seem to be slightly lacking in direction, and with his previous work in mind, it’s clear that he doesn’t specialise in horror.

It is great, however, to see Jamie Lee Curtis back as her classic character once again, as she really excels in showing how ‘Laurie Strode’ has been affected by those horrific events many years ago. Alongside the rest of the great cast of Judy Greer, Andi Matichak, Will Patton and especially Haluk Bilginer as ‘Dr. Sartain,’ who I was initially concerned would be nothing more than another ‘Dr. Loomis’ type character, but did actually end-up going in a very different direction.

The cinematography by Michael Simmonds is nothing outstanding for the majority of the film, yet is still attractive when combined with the dark lighting throughout, particularly anytime ‘Michael’ is on-screen. Another strong element of the film is the wonderful original score by John Carpenter, his son Cody Carpenter and Daniel A. Davies, as although the soundtrack does slightly rely on tracks from the original film, there is plenty of new score here as well. Proving John Carpenter is brilliant at his craft once again, with the tracks: ‘The Shape Hunts Allyson’ and ‘The Shape Burns’ being some of Carpenter’s best work in a long time, in my opinion, that is.

One of the strongest elements of the film for me are definitely the kills, as it’s clear the filmmakers got very creative with the ways ‘Michael Myers’ disposes of his victims, usually creating very memorable scenes with some fantastic practical gore effects included. I also felt the film represented the iconic slasher very well, as ‘Michael Myers’ is always intimidating through his movements, ‘Michael’ even manages to steal the film for me by being the main focus of my personal favourite scene of the film, as ‘The Shape’ stalks his way through ‘Haddonfield’ with murderous intent, all completed within a single take.

Being produced by Blumhouse Pictures, ‘Halloween’ also unfortunately features the company’s usual pandering to younger audiences you’d come to expect by now, as the film is littered with jump-scares throughout the runtime, with little attempt to create an eerie atmosphere or build large amounts of tension. In addition to this, the writing throughout the film is decent when it comes to the characters, but usually is very lacking when the film attempts comedy, resulting in plenty of cringey lines of dialogue and out-of-place jokes.

In conclusion, 2018’s ‘Halloween’ is mostly enjoyable, but with a lack of originality, some cheesy lines and forced comedy (not to mention it’s over-reliance on jump-scares) the film doesn’t even come close to replicating the classic horror’s best qualities. I do hold the original film in high regard, of course, it being one of my personal favourite horrors, but with plenty of entertaining moments throughout, this latest entry in the ‘Halloween’ series is definitely on the higher end of classic horror sequels. Final Rating: low 7/10. 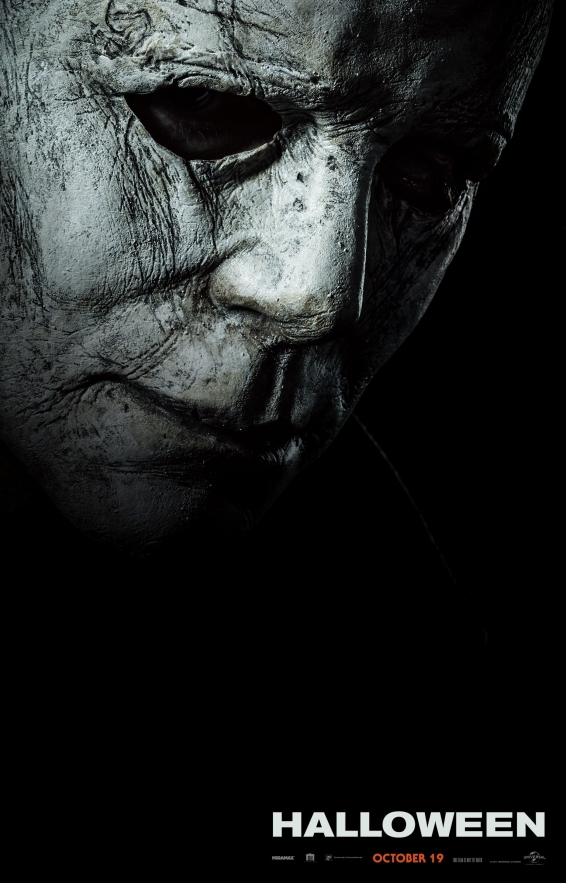