‘Godzilla’ has always been an interesting franchise to me, with the Japanese film series spanning over sixty years and introducing new directors, new production teams and new foes for the giant lizard to face time after time, with the franchise even devolving into more of a self-parody nearing the end of it’s run. ‘The King of Monsters’ was still (and probably always will be) very popular, so, of course, it was only a matter of time until America decided to try their hand at the iconic monster franchise.

Plot Summary: When scientists discover a giant ancient spore underneath the Philippines, they decide to preserve it for research for fifteen years until it eventually hatches. Now, with malevolent creatures from the inside threatening the existence of all of mankind, another ancient creature known only as ‘Godzilla,’ rises from the depths of the ocean to restore balance to nature once again…

America initially attempted a ‘Godzilla’ film back in 1998, with many feeling the film differed far too much from the original source material. Featuring an awful redesign for the classic monster and no actual antagonist for him to face. Now returning back to the classic formula but with a more grounded tone and some fresh creature designs, director Gareth Edwards (Monsters, Rogue One: A Star Wars Story) does a mostly solid job with this remake. Even if the film can sometimes focus far too much on the other creatures within the story then ‘Godzilla’ himself.

Although much of the narrative focuses on the ‘Ford’ family, portrayed by Aaron-Taylor Johnson, Elizabeth Olson, Carson Bolde, Bryan Cranston, and Juliette Binoche. With all the cast doing a decent job (Bryan Cranston being the obvious stand-out with a few amazing scenes showcasing his true talent) their characters are given very little development. As although I do believe the human characters are an important element to break-up the constant chaos from the giant monsters, the entire family of characters could’ve definitely used more characterisation when it comes to the film’s story.

However, in addition to the fantastic use of CGI throughout the film, the cinematography by Seamus McGarvey is actually pretty great. As while there are a few bland shots throughout the film, the majority of the shots involving the giant creatures are used to great effect, with an enormous amount of wide shots showcasing the creature’s true scale. Whilst the original score by Alexandre Desplat is also pretty effective, as although it’s nothing incredibly memorable by itself, it’s still very effective. Backing-up both the film’s exciting action, as well as some of it’s more unnerving, eerie and emotional scenes.

My main issues are in relation to the film’s general-pacing and overall amount of action set-pieces throughout the story, as although I usually have no issue with story or character moments over action when it comes to your average blockbuster. The film does build-up a large amount of excitement towards the final battle between the monsters for a large portion of the runtime. Even cutting away from some action scenes to tease the audience early on in the film, and although the final confrontation is entertaining. I wouldn’t say it makes up for the amount of time it makes its audience wait.

Despite all that, I actually quite enjoy ‘Godzilla,’ as although it’s by no means perfect and I do hope the inevitable sequel improves upon many of its flaws. The film is still engaging enough throughout to keep it’s audience engaged, as despite it’s lack of action and weak characterisation. The film’s brilliant visuals and surprising grasp on realism during many scenes are probably enough to elevate this monster flick for most. Final Rating: 7/10. 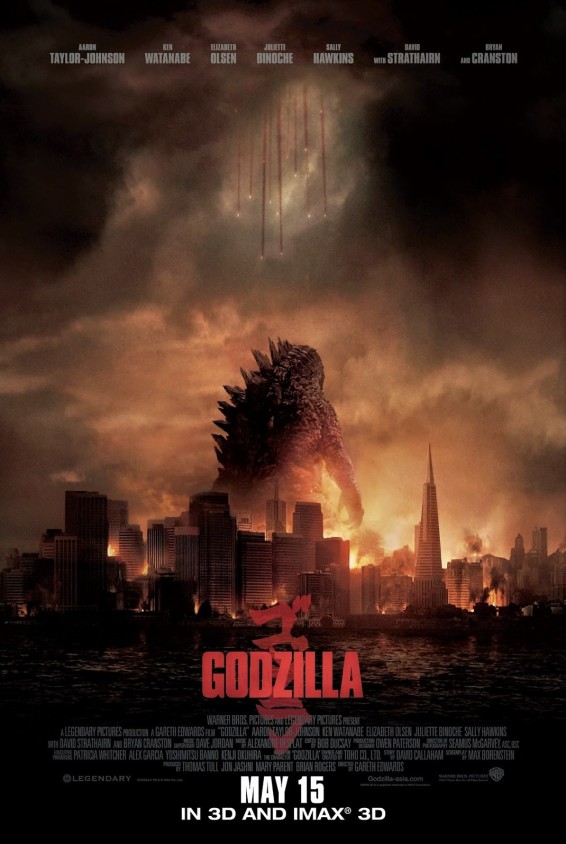