Personally, I’m not an enormous fan of found-footage horror films (especially when it comes to many modern horrors). However, ‘Cloverfield’ is a rare exception to this, as when this film was first announced, it was surrounded in mystery. As the images and clips that were released revealed literally nothing about the film’s plot. Now, years after it’s release, we know it’s a large-scale classic monster throwback, all brought-together with a dark atmosphere, clearly inspired by classic monster flicks such as the original: ‘Godzilla,’ ‘King Kong,’ ‘Mothra’ and ‘Gorgo.’

Plot Summary: After the U.S. Defense Department discover a videotape in the former Central Park, the located footage reveals a group of friends celebrating a surprise farewell party in the apartment of: ‘Rob Hawkins’ in Lower Manhattan, that is until the footage continues on, and soon begins to show an event far more disturbing…

The film opens with a U.S. Defense Department logo, shortly followed by footage of our main protagonist and his girlfriend in bed. This blending of old footage mixed in with the new footage of the attack is a great way of giving some development to the characters, alongside breaking up the large amounts of chaotic action the film sometimes falls into. The film’s reasoning for this is explained early on in it’s runtime, as the current tape we are watching is recording over another.

Aside from Lizzy Caplan and T.J. Miller, the rest of the cast are mostly unknown. I would say they all did a decent job, as the majority of their screen-time is consisted of running and panicking as they make their way through the streets of New York, however. I really enjoyed Lizzy Caplan’s performance, in particular, as her character: ‘Marlena’ gets thrown into an intense and painful situation later in the story. This also results in one of the most disturbing/memorable scenes of the film. But unfortunately, the characters aren’t given a huge amount of development, aside from a few short scenes throughout the film.

Being a found-footage film as it is, the cinematography within the film is almost entirely hand-held. Usually utilising a large amount of camera movement to block the audience’s view of the creature in the early stages of the film. Which does really help build tension and excitement, as well as add to the overall mystery that initially surrounded the film. However, the constant and aggressive shaking of the camera can sometimes become a little overwhelming, even if it does result in some thrilling action scenes. The film obviously also doesn’t have an original score due to its found-footage style.

Another element of the film I quite is the design of the monster, as the design seen throughout the film is very original and really gives off a powerful and intimidating feel, which does enhance the film’s visuals. However, one element of the visuals I don’t enjoy is the film’s colour palette, as it can make the film feel a little too much like a typical action blockbuster or cliché horror at points.

The film does also have plenty of memorable moments throughout, as the film’s narrative goes on, New York City becomes more and more destroyed. This allows our group of characters to make their way through the monster’s path of destruction, avoiding dangerous areas and making fantastic use of the large sets and CG effects the film presents on-screen.

To conclude, I quite enjoy ‘Cloverfield,’ although it’s now become part of a strange almost anthology-like film franchise with the likes of: ’10 Cloverfield Lane’ and ‘The Cloverfield Paradox.’ The initial idea of a simple found-footage monster film always intrigued me, and I’m happy to say director Matt Reeves, producer J.J. Abrams and writer Drew Goddard all did a decent job here, as even though weak characterisation and overly shaky cinematography do let the film down somewhat, great tension building as well as the film’s superb level of realism and some brilliant creature designs, keep the film interesting enough to enjoy. Final Rating: low 7/10. 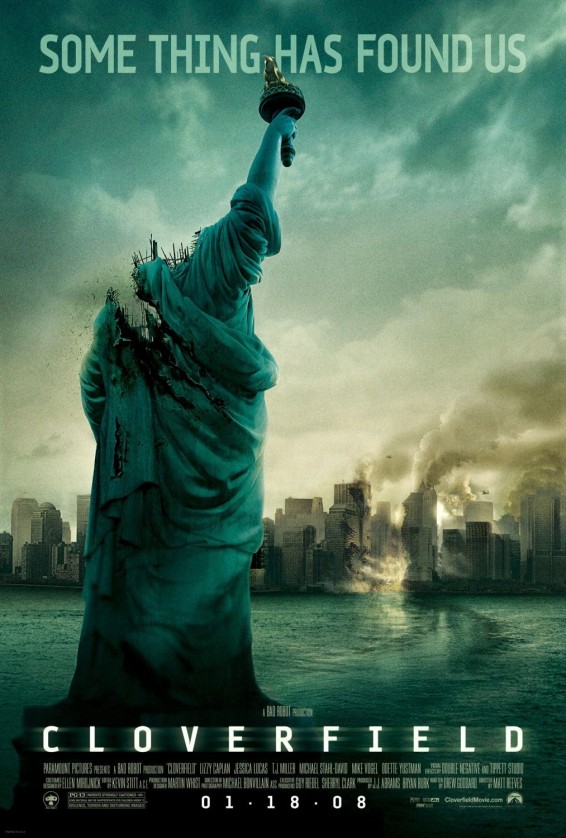