Directed by Dean Devlin, best known for producing the original: ‘Independence Day’ as well as the first (infamous) American ‘Godzilla’ remake from 1998. ‘Geostorm’ takes a much more traditional disaster-route for Devlin’s directorial debut, attempting to capture the usual scale and destruction associated with the genre, along with a few elements of international terrorism and sleek science fiction thrown-in for good measure. Unfortunately however, this still isn’t enough to save the film from its many, many faults.

Plot Summary: When a network of satellites designed to control the global climate begins to attack Earth, it’s a race against time for its original creator to uncover the real threat before a worldwide ‘Geostorm’ wipes-out everything, and everyone.

From the first scene all the way through to the very last, the film felt incredibly cliché to me, as the film definitely follows a very similar structure to the majority of other disaster flicks, as well as also carrying over much of the cheesiness and terrible comedy from many of them. As although the film does have a few exciting action scenes and some entertaining weather-related chaos throughout its runtime, the film never really manages to break-out of its predictability.

Gerard Butler, Jim Sturgess, Abbie Cornish are all decent throughout the film, as while they still suffer from having the usual generic characters for a blockbuster. They do the best they can to keep the audience engaged throughout the story (for the most part). However, the film also has a few side characters which left we more than often questioning their inclusion in the film, as most of them added very little to the plot and only appeared in a few short scenes.

Roberto Schaefer handles the cinematography within ‘Geostorm,’ which aside from the occasional attractive shot is mostly bland and uninspired, with many scenes throughout the film also seeming to have far too many different shots, as a simple scene of two people talking could have anywhere from three to seven different shots. The CGI within the film is also another unusual aspect, as although it’s decent throughout most of the film, there are quite a few shots where I felt it dipped massively in quality. Some of the NASA scenes during the film were actually filmed at a NASA facility in New Orleans however, which I did feel added to the film’s story despite the location’s limited appearances.

There are also multiple points where the film attempts to be very emotional and dramatic, yet usually falls completely flat, with the film putting a large amount of focus on the original score by Lorne Balfe, which is your standard action film score, coming-off as an almost entirely forgettable and bland soundtrack.

Whilst watching the film I also couldn’t help but think that there were many missed opportunities throughout, as due to the film’s mostly serious and grounded tone, the film never takes any of its weather attacks to any truly creative places, with the film usually just going for a decently entertaining, (if not very experimental) action set-piece. Although I understand the lack of disaster films in modern cinema is a great way to make the film stand-out, I do still feel a more absurdist tone along with very over-the-top action scenes could’ve at the very least, made the film more memorable and unique.

I didn’t really have high expectations when I first sat down to watch ‘Geostorm,’ going-off the mostly inexperienced director and the poor reviews from both critics and audiences alike, and although I’ve definitely seen worse in the past. I’d say the film isn’t really worth a watch, being a mostly bland and boring disaster flick despite some original aspects. There is the odd entertaining action scene or interesting visual for any massive fans of the disaster genre, but for me, I don’t feel any desire to return to ‘Geostorm,’ especially not anytime soon. Final Rating: low 3/10. 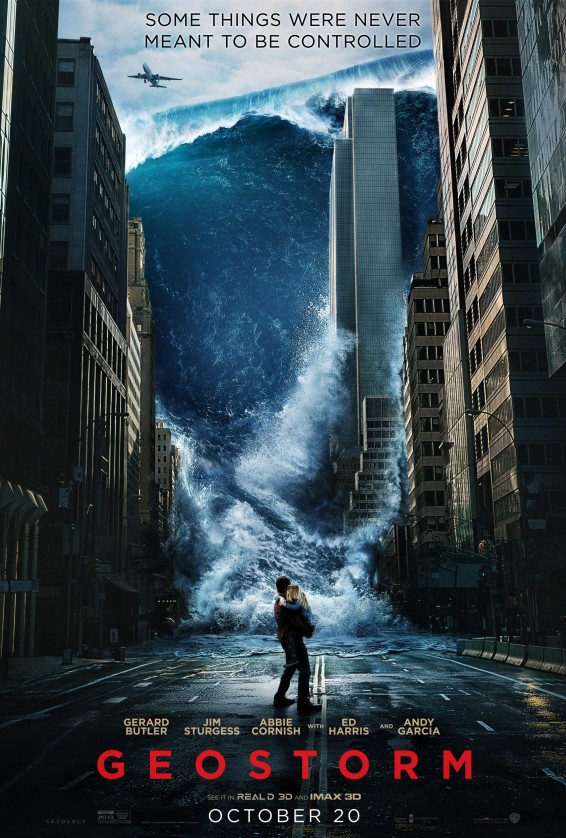