Directed by Ruben Fleischer (Zombieland, Gangster Squad, Zombieland: Double Tap) ‘Venom’ follows in the footsteps of many other mature superhero flicks before it such as: ‘Deadpool’ and ‘Kiss-Ass’. Attempting to focus more on the story of an anti-hero than the usual heroically noble protagonist we expect from this genre, all alongside some dark comedy and plenty of action scenes for good measure. However, just from the first half an hour alone, it’s clear that ‘Venom’ bites-off far more than it can chew.

When investigative journalist: ‘Eddie Brock’ attempts a comeback by investigating recent illegal experiments in San Francisco, he soon end-ups accidentally becoming the host of an alien symbiote that gives him a violent super alter-ego known as ‘Venom’. But after a shadowy organisation begins looking for a symbiote of their own, ‘Eddie’ must use his newfound powers to protect his planet.

Although it may surprise many, ‘Venom’ has actually an age rating of twelve in the United Kingdom, which is very bizarre as the film clearly tries to appeal to an older audience throughout its runtime, with ‘Venom’ constantly committing horrific acts like biting people’s heads-off, yet of course, in a completely bloodless manor. As ‘Venom’ has always been one of: ‘Spider-Man’s most violent and sinister villains, the film feels incredibly inconsistent as a result of this rating.

Tom Hardy sadly gives one of his weakest performances to date here, as throughout nearly the entirety of the film, Tom Hardy’s portrayal of: ‘Eddie’ is very over-the-top, with his overly-nervous reactions becoming a little obnoxious after a while. This is also due in part to the large amount of improvising Tom Hardy did on-set, usually from items he noticed in various filming locations, including the now infamous: ‘Lobster Tank’ scene, in which ‘Eddie’ publicly climbs into a restaurant’s lobster aquarium after claiming he’s burning-up from a fever. The cast also features Michelle Williams and Riz Ahmed as the film’s antagonist, who also give fairly underwhelming performances. Unfortunately, the characterisation isn’t much of an improvement either, as every-character is nothing more than a cardboard cut-out, with the antagonist: ‘Carlton Drake’ in particular having a confusing and undeveloped motivation for his malevolent scheme.

The cinematography by Matthew Libatique is actually quite chaotic during a number of scenes, as the shots attempt to keep-up with ‘Venom’ as he tears his way through various buildings and enemies, yet when the film goes back to its more character-focused scenes, the cinematography is relatively bland, mostly relying on shot-reverse-shot for the majority of these moments. The writing throughout the narrative is also severely lacking, as aside from a couple of humorous conversations between ‘Eddie’ and ‘Venom’, the film is truly dripping with line after line of cheesy dialogue, much of which has been heard time-and-again in other superhero flicks.

Although there are a number of forgettable superhero scores out-there, the original score by Ludwig Göransson is pretty dull overall. As aside from working decently during some of the more heroic moments within the story, the soundtrack is really nothing more than a straight-forward superhero affair with a few inclines horror thrown-in to fit more with the character of: ‘Venom’. A few of these tracks do back-up the film’s action scenes well however, as ‘Venom’ does have its fair share of exciting moments despite its predictable story, many of which make great use of: ‘Venom’s unique symbiote abilities.

Without a doubt, the worst aspect of: ‘Venom’ is it’s CGI effects, as throughout the film both ‘Venom’ and his symbiote antagonist: ‘Riot’ are far too shiny and continuously bounce around the screen as if they are animated cartoon characters, with nearly every-visual effect feeling as if it has virtually no weight or density. Although it could probably go without saying, the lack of any kind appearance/reference from/to: ‘Spider-Man’ himself is also quite distracting, as Sony didn’t actually obtain the rights to use the character within this film, nor have this film take-place within the Marvel Cinematic Universe, despite the company’s many attempts at tricking its viewers into believing it does.

While ‘Venom’ is nowhere near as awful as some other superhero blockbusters, with ‘Catwomen’, ‘Fantastic Four’ and ‘Suicide Squad’ all being far worse films in regards to filmmaking. ‘Venom’ is simply a decent idea ruined by its poor execution, as aside from the film’s accuracy to the comic books its based-on as well as it’s memorable action set-pieces, the film feels like nothing more than a cliché superhero story we’ve seen many times before, and I personally don’t feel it deserves the huge amount of praise it’s received from most audiences. Overall, a 3/10 for: ‘Venom’. Unless you’re an enormous fan of this iconic anti-hero, I’d probably recommend you give this character’s first individual outing a miss. 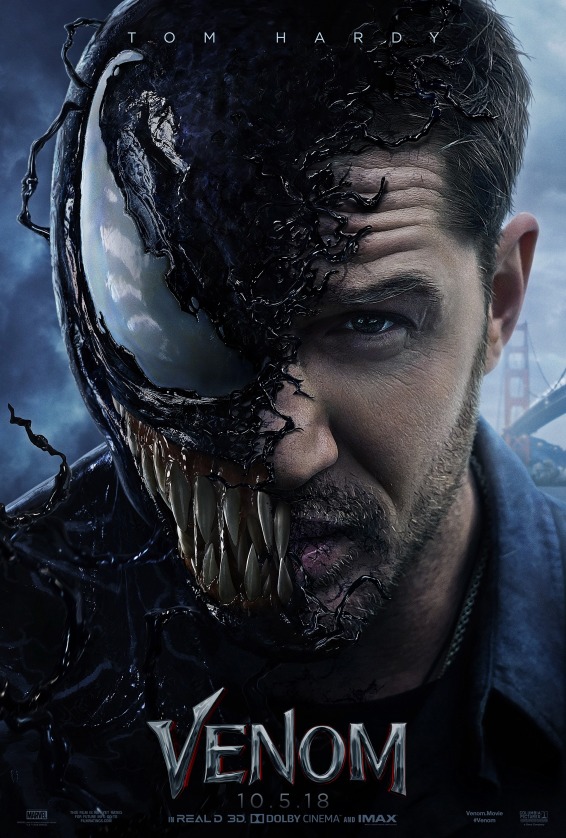